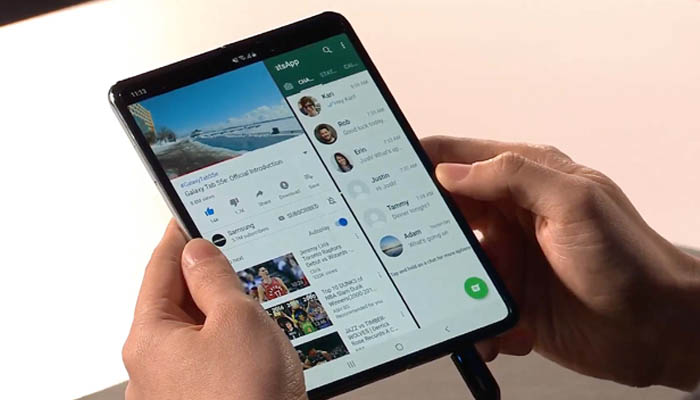 Samsung CEO: Foldable Galaxy is Ready for Launch. The Galaxy Fold is ready to be launched. But there is no new launch date for the folding device.

“Most screen issues have been resolved,” said Kim Seong-Cheol, vice-president of Samsung Display, during a speech at a meeting in Seoul, according to the reports.

Although Kim thereby suggests that not all shortcomings have been resolved, the device is, according to him, ready to be put on the market.

The CEO has high expectations of the folding device, he said.

“The Galaxy Fold will receive a lot of attention after the launch.”

Crack
At the end of April, Samsung decided to postpone the launch of the folding smartphone after it turned out that the devices often broke after just one day.

The main problem turned out to be the crack under the screen.

If dirt gets underneath, the screen turns black.

Last week, was reported that Samsung employees had been spotted trying out new versions of the Galaxy Fold.

When the device is released is not yet known.

Samsung previously spoke of rumours that the folding smartphone would be presented again this month.

Bitcoin Breaks Through A Value Limit Of 9,000 Dollars