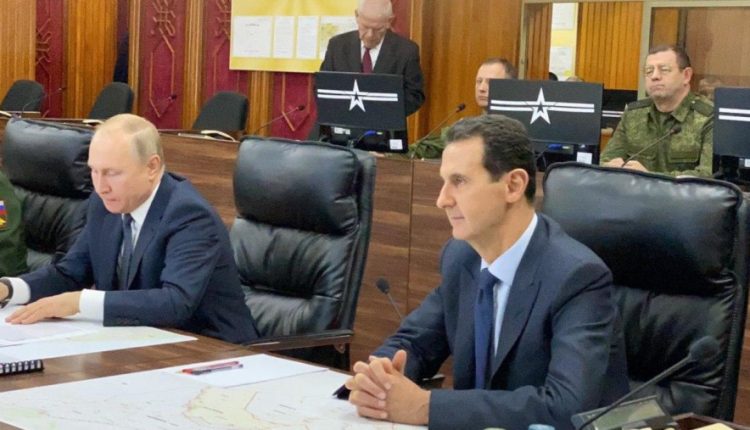 It is the first trip from Putin to Syria since he visited the Russian airbase Hmeymim in the province of Latakia in 2017. From 2015, Russia deployed its air force in Syria to help Assad in the civil war against the rebels. They fought for years in a vain attempt to overthrow the Assad regime.

According to Putin, enormous progress has been made in Syria. “In his interview with Assad, Putin noted that we can now say with confidence that a huge path has been taken to restore the Syrian state and the territorial integrity of the country,” quoted the Kremlin spokesperson Dmitri Peskov.

“Putin also noted that in the streets of Damascus the symbols of how peace has been restored could be seen with the naked eye,” said Peskov.

“The Syrian president has appreciated the help of Russia and the Russian army in the fight in contradiction of terrorism and the refurbishment of peaceful life in Syria.”

Putin would visit even more places, Peskov said, without providing any further details. The Russian leader would inaugurate a gas pipeline in Turkey on Wednesday with Turkish President Recep Tayyip Erdogan.

Iran and US: What does Trump want to Achieve with War language?