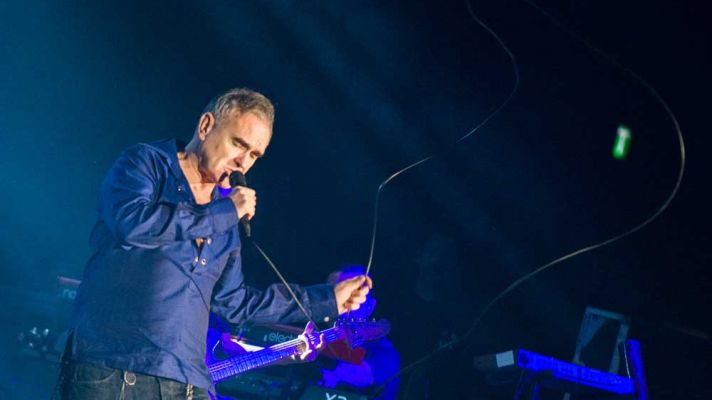 The former frontman of ‘The Smiths’ was to perform in Edinburgh on Wednesday, but according to the management, “logistical circumstances beyond our control” threw a spanner in the works, according to the BBC. The concerts in Germany and Sweden and two individual open-air performances in Morrissey’s hometown of Manchester were also (temporarily) swept away, says Planet Blog.

Morrissey questioned by CIA after statements about Trump
“We deeply grieve any nuisance to the fans and promise to reschedule British and European dates as soon as possible,” says management. “All original buyers of official ticket sales points are refunded the full ticket amount including booking fees on their credit/debit card. Refunds from ticket agents take place from Monday afternoon, July 2 noon. “

The singer’s management thanked the fans for their support and added that his world tour would be continued on 23 November in Mexico City.

The postponement follows statements by manager Peter Katsis, who criticised the organiser of an anti-racism party in Manchester, which was meant to coincide with one of the concerts at Castlefield Bowl.

Campaigners who claim to be former fans of Morrissey, organise the event after comments he made in support of the imprisoned former EDL leader Tommy Robinson.

Responding to the postponement of Morrissey’s British concerts, Dave Haslam, the organiser of the anti-racism party, said: “I sympathise with fans who have made plans to see him, we know what it’s like to be left in the lurch. By Morrissey. If the dates are re-scheduled, we will be happy to offer an alternative event in the city, one that contradicts Morrissey’s support for Tommy Robinson and the extreme right. “

Haslam added that his event would continue as planned, despite the cancellation of the Morrissey shows.

Morrissey plans to overtake the shows “as soon as possible” and informed his management “to regret any inconvenience to the fans”.