May Does Not Rule Out A New Brexit Vote 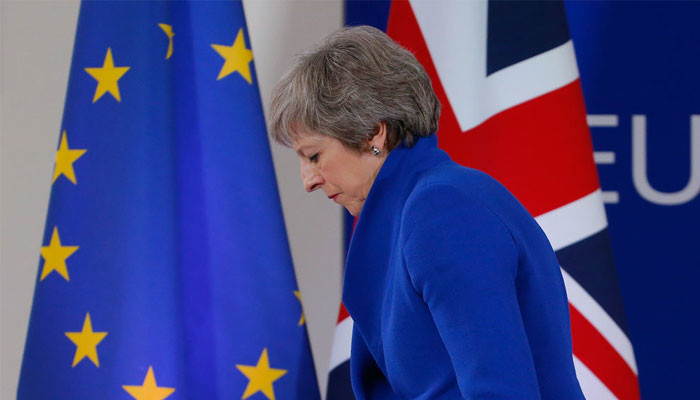 May Does not Rule out a new Brexit vote, despite the Chairman’s Opinion. The British government may still want the Brexit deal to be voted on for the third time next week.

On Monday, the president of the British House of Commons ruled that a new vote may only take place if something substantial additions to the proposal.

Barclay recommends that the British government will find “a way” to get the proposal voted on.

In British politics, the President of Parliament determines which proposals and motions are voted on.

Brexit minister Stephen Barclay tells that it is important to “respect the referee”,

but points out that chairman John Bercow himself has stated earlier that criteria do not always have to be leading.

Bercow quoted a judgment from the seventeenth century on Monday to dismiss a possible new vote on the same Brexit deal in advance.

A Brexit procedure is completely stuck
The resignation agreement, which has been negotiated for two years, was previously not accepted by the British parliament.

The first vote in December was postponed to January because Prime Minister May saw that there was no majority.

The deal was proposed down in January with 230 votes; the most significant loss for a government in British history.

The agreement was voted down again this month.

The deal was put to the vote at that time because a few adjustments had been made after consultation with the European Union.

British hope for a delay
The British will, according to current planning, leave the EU on the night of 29 to 30 March.

For that to happen in an orderly manner, a resignation agreement is needed.

Among other things, deals must be laid down about a transition period and across the Irish border,

which would close without proper agreements.

The British Parliament has declared that it wants to postpone.

However, MEPs are not talking about that: the European Union must decide that.

The European government leaders will meet later this week to lay an egg over here.

Saudi Arabia Hunts for Dissidents: Khashoggi was not An Incident

Chinese Internet Giant Tencent Plans to Take An Interest in…