80,000 Russians on the Border But Not A Word From Putin 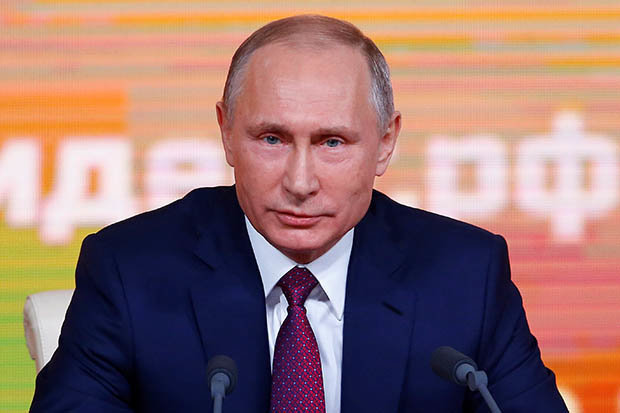 The Ukrainian president cannot get his Russian colleague Vladimir Putin on the phone about the escalation of the conflict in eastern Ukraine.

Ukrainian leader Volodimir Zelensky’s spokesman says her boss has asked for an interview, but there has been no response from Moscow. According to her, this has drawn 80,000 soldiers together at the border.

Neighbouring countries Ukraine and Russia have recently accused each other about the flaring up violence in eastern Ukraine. There, Ukrainian government forces have faced pro-Russian separatists for years. They do not recognize the authority of the pro-Western government in Kiev and have proclaimed their own mini-states.

The Kremlin spokesman said he was not aware of a recent request from Zelenski to speak to Putin. He hoped that the Ukrainian government has the “political wisdom” to de-escalate and avoid a possible war.

Ukraine, meanwhile, is looking with suspicion at the Russian troop build-up on the border. Zelensky’s spokeswoman says there are 40,000 Russian soldiers at the eastern border of her country. More than 40,000 men are also said to be stationed on the Crimea peninsula annexed by Russia.

A senior Ukrainian security official accused Moscow of fabricating a foreign enemy last week in the run-up to September’s Russian parliamentary elections. For example, attention should be diverted from domestic issues such as the imprisonment of the opposition leader Alexei Navalny.

Subject Died of Suspected Thrombosis After Vaccination Against Janssen Vaccine