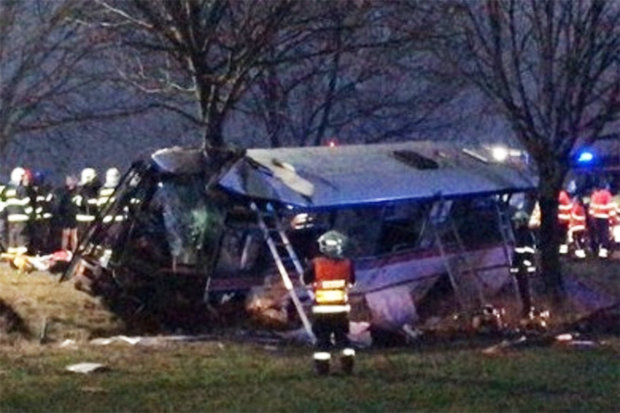 In an accident with a bus near Valence in France, three people were killed, and eleven people were seriously injured. The bus transported supporters of the rugby club Castres Olympique. Most victims come from Beaucaire in the Gard department, 150 kilometres to the south, said by iStorify.

The supporters, youth members and their parents were on the way back from the semifinal of their club in the battle for the championship of France against Racing 92 from Décines-Charpieu near Lyon. There were 31 people on the bus.

The single accident occurred on a road section on the A7 where only one lane was open due to, and the maximum speed was 90 km / h. The bus tipped due to an unknown cause. The dead are the driver and a couple according to the first reports. The body of the driver will be examined in the investigation into the cause of the accident.

Among the seriously injured is a child of 14. Seventeen occupants were slightly injured.

A medical post was set up along the highway. 135 firefighters, 60 police officers and some helicopters were deployed.